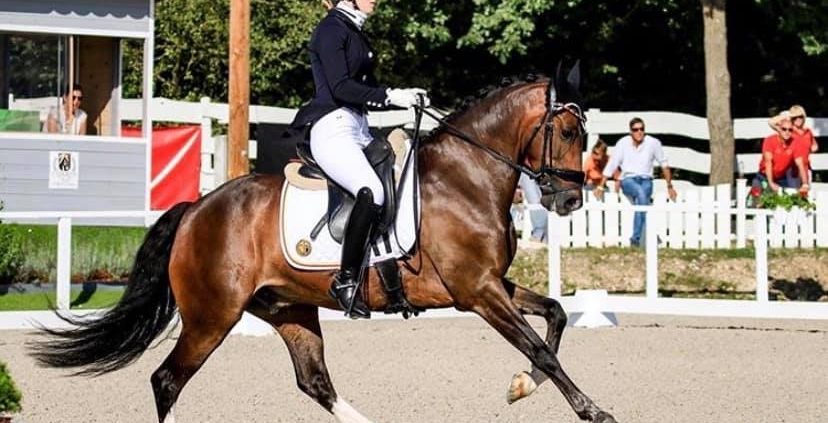 Britt participated in the European Championship together with the talented pony Constantino. Britt is since five months a combination with Constantino. To become a real team Britt has trained really hard in recent months to get to know the Constantino as well as possible. It soon became apparent during the first test that the hard work was not for nothing, where they managed to achieve a score of 71.94% and a 4th place with the Belgian team. Also during the freestyle that the combination rode they managed to achieve a score of 73.20%. “I am very happy that I was able to experience this European Championship in my last pony year and that while I have only been a combination with Constantino again for 5 months!”, Britt said about her European Championship.

During CDN Diepenbeek Jorinde Verwimp competed during the Prix St. George. Together with the Charmeur son Charmer, she managed to put down a very strong test. With this she achieved 70.88% and a first place. Pupil of Jorinde, Yinthe van de Ven also participated in the PSG. She released her gelding No-Limit CV and received a decent score of 65.15%. Ruut Pasgang, also in training with Jorinde, competed during CDN Diepenbeek with her black gelding James in the N4.3 class. Without major mistakes, the combination was placed in 5th place in a strong field of participants. Kevin van Ham drove here, after his debut two weeks ago, his second Grand Prix test. With this he achieved a score of 63.8%.