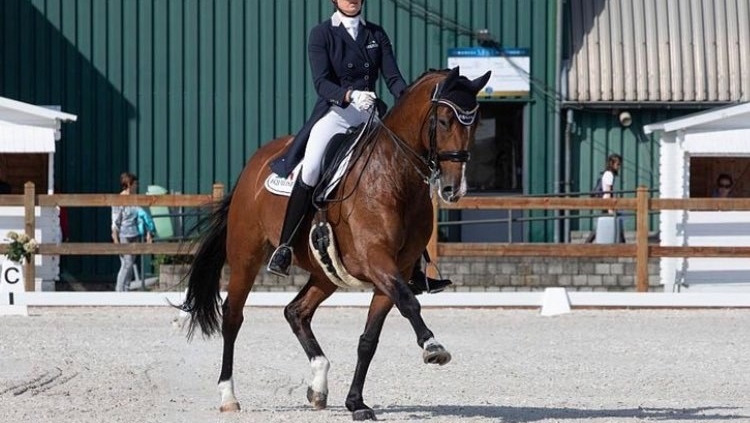 Last week the decision was made: dressage event CDN Turnhout could take place for professional riders. A good first step in gradually rebuilding the competition season. Team Verwimp also appeared in the ring this weekend after a long competition break. The training sessions of the past period clearly hunger for more, because Team Verwimp managed to set excellent scores during CDN Turnhout!

This weekend Jorinde Verwimp took part in the Prix St. Georges together with her KWPN mare Just A Little Bit Krack v / h Klaverhof and achieved a score of 69.1%. This resulted in a third place. The classification was further expanded with the ambitious combination of Annemik Vleugels and Havidoff van Moretus. Wim Verwimp’s pupil achieved a decent score of 67.28% with her gelding and finished in sixth place.

Verwimp brought out Charmer and Gelinia Exequo in the Intermediaire I. Both horses made their debut this weekend and scored impressive scores of 70+% despite their inexperience! The two combinations finished in third and first place, which gives very positive prospects for the future!

Jorinde ended the weekend very satisfied with Ampere’s Diamond v / h Klaverhof under the saddle. They made their debut in the 7-year FEI Preliminary and achieved a score of 74.7%. Pupil Ruut Pasgang represented the team together with James Pleasure and achieved a good score of 73+%. Pasgang also participated in the 5-year FEI Preliminary and set a neat test with Limit Edition Begijnhoeve. This resulted in a score of 73+%.

The talent of the future

The young pupils of Verwimp were also present in the ring this weekend. For Elise Verwimp it was an extra special dressage event. She rode her first test in the Children class together with Boemerang and achieved, despite some minor flaws, a score of 70.37%. Helena Colling appeared in the ring with Demoiselle C.L. and achieved a personal best with a score of 71+%.